How we helped CXL increase purchases by 131% whilst reducing the cost per purchase by 54%.

54%
reduction in cost per purchase

CXL is the world's leading online training platform for people who are looking to upskill in digital marketing. Their programmes and courses are taught by the top 1% of marketing practitioners across the globe. Companies such as Google, Cisco, Gartner and Ikea use CXL to train their teams.

CXL had been using Google ads as a successful acquisition channel for a significant period of time however they were starting to see their results stagnate and costs increase. They decided to stop working with their previous agency and come to Hey Digital with the hope of breathing new life into the account, and that’s exactly what we did.

Hey Digital’s work so far has driven an incredible increase in conversions over the past month and started running campaigns at a lower spend. They're upfront and very proactive, which allows processes to move quickly. In record time, they take a plan from ideation to implementation. 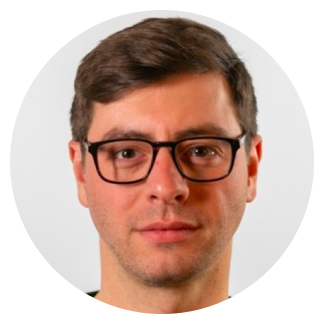 As CXL already had a wealth of data available to us within their Google ads account we made sure to analyze this thoroughly and only make initial changes that we knew could improve efficiency. As we started to improve overall account structure and health, the results improved pretty quickly.

Focusing On Conversions That Actually Matter To The Business

We often see this mistake when taking over accounts from previous agencies - they will optimize their campaigns towards conversion actions that don’t actually have a significant impact on revenue. These can be things like button clicks or certain free content downloads. With CXL we made sure that we were aligned on what conversions mattered the most to their business so that we could focus our attention heavily on these. It’ll come as no surprise that this was completed purchases.

Grow your MRR with PPC.

We audit your current PPC channels and show you opportunities, tests and how to get ahead of your competition.

Once aligned on important conversion actions we quickly began to restructure the current campaigns. A lot of work went into this but one of the biggest and most successful changes we made was geography focussed. We removed certain countries from targeting that were previously generating high volumes of low value conversions to avoid wasting spend and began introducing another tier of countries to the targeting that were previously going untouched. We used Google Analytics data to identify expansion opportunities based on previous purchase locations and thanks to this we were able to introduce new revenue opportunities that had previously been unexplored.

We noticed that the previous agency had grouped together hundreds of ad groups into each campaign which meant that the top 5 or 6 ad groups were leading to the majority of the campaign spend. The vast majority of ad groups and search terms weren’t given any room to succeed. We separated out the high volume ad groups into smaller campaigns which not only gave the other ads groups an opportunity to perform but also led to increased conversion volume in the new campaign. This enabled us to identify new opportunities whilst improving efficiency of the overall campaigns.

How we helped Document360 reduce their cost per lead by 59% whilst increasing conversions 550%.
Read the Case Study

If the answer is yes and you want to work together, click the button below.

WHAT WE DO
RESULTS & RESOURCES
COMPANY